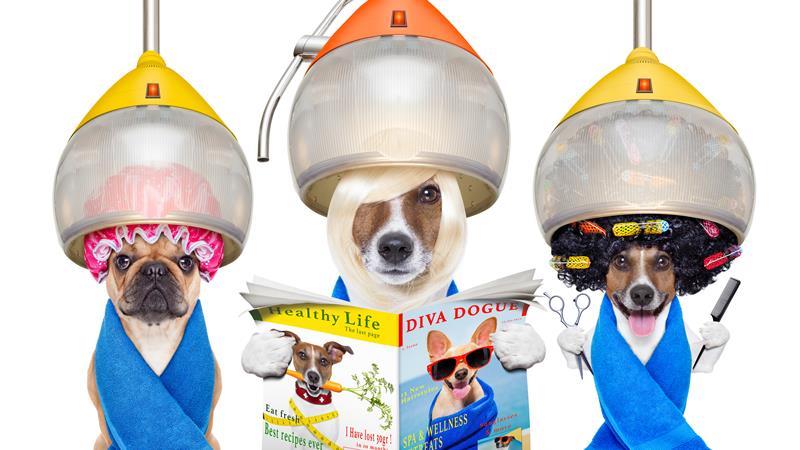 Carisse, a Livonia Churchill alumna and Plymouth resident, was visiting the city several months ago and saw a vacancy in the King Plaza open. After considering her options, she decided it was time to open her own business.

Prefurred Pet Salon opened its doors in November at 22890 Pontiac Trail. The shop offers appointment grooming for both dogs and cats, as well as walk-in nail service for pets.

The business is a natural fit for Carisse, who said she’s worked as a pet groomer for several years at a shop in Plymouth. When the opportunity came, she and others she had worked with decided to have a go at running a business themselves.

“I’ve been looking to buy a shop for a while and we found this place for rent,” she said. “We were looking for about a year and I happen to be shopping downtown with one of my girlfriends and I saw it for rent and had to jump on it.

She said she discovered the location in late October and signed a lease in early November, opening the business at a very quick pace compared to others. The space was already outfitted for a grooming business — it previously held Royal Touch Pet Salon — so no major renovations were needed on the interior, though some revamping was needed.

With Carisse also being a student at Schoolcraft College, trying to open a new business with a full academic course load made it a difficult November.

“We were here doing 16-hour days just trying to get this place ready to go,” she said.

The shop offers full service pet grooming from bathing to teeth cleaning and more. The shop has seen plenty of business since opening, something Carisse attributes to her offerings and scheduling: the shop is open on Sundays, a rarity in the pet-grooming world, she said.

Megan Maiorana, one of the groomers at the shop, said she especially likes to work with dogs that may have emotional issues or can be difficult to groom. She said she’s had plenty of practice and is very comfortable working with animals some groomers may not accept.

“Not everyone has the same techniques to make it comfortable for the dog,” said Maiorana, a Romulus resident. “I just love doing that for them.”

Carisse said she decided to step away from being an employee and become an owner after several years in order to run a shop the way she saw fit.

“You can take it on as your own, make it exactly how you want it,” she said. “There’s so many other factors in owning your own business.”

The shop is open 8:30 a.m. to 3 p.m. Wednesday through Sunday. Though nail trims can be done on a walk-in basis, grooming requires an appointment. Customers can set one up by calling the shop at 248-787-5458.