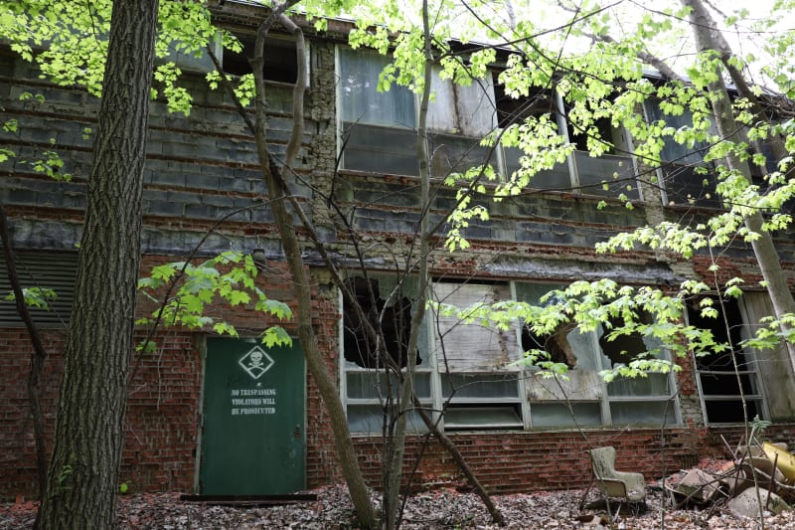 NORTHVILLE TWP., Mich. – What’s left of the former state psychiatric hospital in Northville Township is set to be demolished, with work starting in June.

Northville Township officials said Tuesday that the remaining 11 buildings at the former hospital property on Seven Mile Road will be demolished starting in late June.

“We started the project to transform the former psychiatric hospital property several years ago, and with the demolition of the buildings starting this summer, the dream of Legacy Park truly comes into focus,” said Supervisor Mark J. Abbo. “Our residents have been patient, but the time for action is now.”

Northville Township Board of Trustees voted May 12 to award the demolition contract to Asbestos Abatement Incorporated of Lansing to remove all of the of remaining 11 buildings. Asbestos Abatement’s contract is not to exceed $8,946,420, which is significantly lower than the Township had projected.

“The removal of hazardous materials is very complex and can be cost prohibitive,” said Treasurer Jason Rhines, who owned a small business for 25 years specializing in construction and environmental remediation. “In order to properly plan for this project, we anticipated the cost to remove the buildings, including asbestos, could be as high as $18 million. But the Legacy Park Committee, Township staff and our consultants worked very hard over the past year and a half, and we believe that played a significant role in the bids coming in as low as they did.”

Northville Township acquired the 332-acre Legacy Park property in 2009 after a millage election. It included 20 buildings, a water tower, a power plant and other infrastructure. The first buildings were demolished in 2012. The signature nine-story, 252,174-square-foot psychiatric hospital came down in 2018.